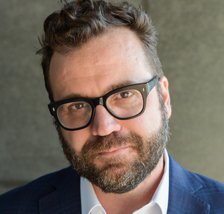 After beginning his career at Bunim-Murray Productions working on four seasons of reality TV classic, “The Real World,” Rob landed at Mark Burnett Productions, eventually sitting face-to-face with the infamous Omarosa when casting her on the first season of “The Apprentice”. Besides casting the first 4 seasons NBC’s infamous hit show, 4 seasons of “For Love or Money” and 2 seasons of “Dog Eat Dog,” Rob also firmed his grip on production, working as a producer on all three shows. In 2004, "The Apprentice” garnered him an Emmy Nomination for “Best Reality Competition Series.”

Subsequently, as VP of Development at Tijuana Entertainment, Rob created and supervised the development and production of two seasons of A&E’s OCD transformational series “Obsessed” and three seasons of MTV’s “Is She Really Going Out With Him,” both of which he served as Executive Producer.

Rob joined Lighthearted Entertainment in 2011 as Executive Vice President, eventually rising to become President and owner of the production company with his partner Jeff Spangler. Under their leadership Lighthearted has enjoyed considerable growth, most notably producing 8 seasons of MTV’s worldwide hit "Are You the One?" and 3 seasons of Vh1’s "Dating Naked.” Their format-centric development has produced loud ideas like Vh1’s “Twinning,” TLC’s “Labor Games” and most recently Facebook’s “Relationshipped” and OWN’s “Ready to Love,” which they produced in partnership with Executive Producer Will Packer. 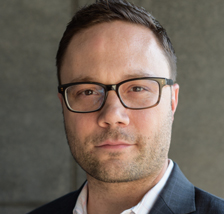 Jeff's career began casting some of unscripted television’s earliest breakout hits, including four seasons of “Extreme Makeover” for ABC and “NEXT” on MTV. His eye for character and story made him an invaluable asset to those worldwide franchises. Building on on those skillsets he went on to produce shows for NBC, ABC, MTV and HGTV, as well as launching TLC’s successful series “10 Years Younger” while working at Evolution Film and Tape.

In 2006, Jeff joined Howard Schultz and the Lighthearted team with a focus on expanding the creativity and breadth of the company’s development slate. Success wasn’t too far behind, because later that year Lighthearted created the breakout hit “The Moment Of Truth” for FOX. Building on that momentum, Jeff helped launch the format to success in over 60 territories worldwide.

Jeff’s creative vision and production expertise set the foundation for Lighthearted’s series, “Are You the One” (MTV), “Ready For Love” (OWN) and “Relationshipped” (Facebook). Spangler is focused on expanding Lighthearted success across the television landscape with the continued growth and development of smart, entertaining programs to be enjoyed across the globe no matter the platform. 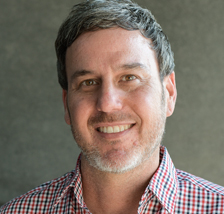 Michael started his television career at Fox and Disney where he worked on properties such as “Power Rangers,” “Batman: The Animated Series,” and “Spiderman and his Amazing Friends.” He then moved to the world of feature films as producer and co-owner of Brand New Bag Entertainment creating original marketing and publicity content for a wide variety of films from Universal Pictures and 20th Century Fox. Michael transitioned into the world of unscripted entertainment working as a Post Production Supervisor for series on ABC, MTV, History, VH1, E!, SYFY, TLC and Oxygen including the broadcast juggernaut, "Top Gear."

Michael joined Lighthearted Entertainment in 2014 as the company’s Post Production Supervisor and was promoted to Vice President of Post Production in 2015. In 2018, Michael was promoted again to Vice President of Production and Post Production. The company has allowed him to apply his eye for detail, strategic vision and his passion for innovation to productions such as MTV’s “Are You the One,” as well as VH1’s “Dating Naked,” “Twinning,” and “Bye Felicia,” Facebook’s “RelationShipped,” OWN’s “Ready to Love,” Oxygen's "Last Squad Standing," and TLC’s “Labor Games.” 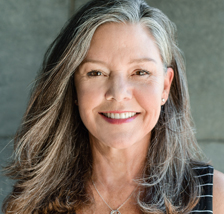 Following a twenty year career in secondary education and communication, Tana Schultz joined the Lighthearted team as Corporate Manager and is now Chairman.She received her Bachelor of Arts degree in Social Science and Communication from the University of Southern California.

Paul began his career in entertainment working on the production of national television commercials, but soon moved on to working for successful networks such as MTV, TLC, LOGO, The WB, Discovery Channel, HGTV, VH1, WE, TruTV, The Food Network, Style!, Showtime and Bravo. 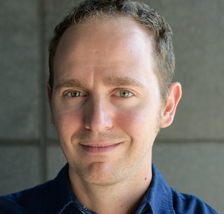 Brandon began his unscripted television career at Original Productions as a Web Content Videographer/Editor. From there, he became an Associate Producer on Discovery’s “Deadliest Catch”; two weeks into his first broadcast television show, Brandon was handed a camera after an existing operator quit the show and became part of the Emmy-Nominated Cinematography Team. Brandon continued his relationship with Original Productions, working on this show along with “Black Gold” and “Ice Road Truckers” before leaving the company in late 2009.

Over the next few years, Brandon pursued opportunities with other companies on such shows as “Operation Wild,” “Karaoke Battle USA,” and four seasons of ABC’s “Dancing with the Stars.” In 2011, Brandon co-founded ToyWorldOrder.com, an action figure review website where he served as Executive Producer and Senior Content Manager. Brandon joined Lighthearted Entertainment in September of 2012 as the Production Coordinator for “Lone Star Legend.” He then went on to become the full-time Coordinator for all of their productions. Lighthearted has also allowed him to lend his camera and technical experience for some of their in-house development and new media projects.

In 2015 Brandon became Manager of Operations at Lighthearted. In this role, he has proven his meticulous skills of organizing, creating, and arranging in a multitude of facets, not just on the production aspect of things, but throughout the company. Serving as a liaison between Lighthearted and Production, Brandon lends his talents over pre-production of a show well into its wrap. 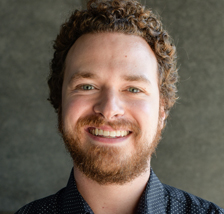 Mark got his start in the industry casting shows such as America’s Next Top Model (CW) and The Real Housewives of Orange County (Bravo), and later moved on to produce programs including Billy the Exterminator (A&E) and Undercover Boss (CBS).

Mark joined Lighthearted in January 2014 as Development Producer, where he helped in the creation of Labor Games (TLC), Dating Naked (VH1), Twinning (VH1), and Last Squad Standing (Oxygen). In 2015, Mark was upped to Director of Current Programming, where he oversaw all current Lighthearted productions in addition to contributing to the overall creative process.

Currently, Mark serves as the VP of Development for Lighthearted, a role he’s held since 2017. He’s in charge of leading the development team in the creation of all new programming for the company, including Ready to Love (OWN), the second season of Relationshipped (Facebook) and more. 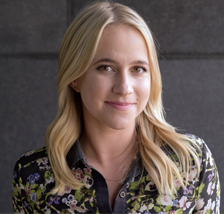 Ashley joined Lighthearted in December of 2018 as Senior Director of Development. Previously, Ashley served as Director of Development for Maverick TV USA, an All3Media company, producing hit series Chrisley Knows Best and spin offs, and developing and selling series to E!, TLC, HGTV, Food Network and Snapchat. Previously, Ashley has held development positions at Triage Entertainment (Levity Entertainment Group) and ITV Entertainment, where her team was behind projects including E!’s "Rich Kids of Beverly Hills" and Nat Geo Wild’s "Cesar 911.” She has also held roles in development at Zoo Productions and GRB Entertainment. 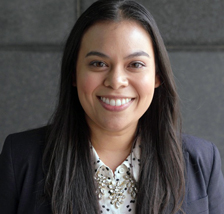 Christiane joined Lighthearted in January of 2019 as Manager of Development after serving as Development Associate at Pilgrim Media Group. Additionally, she has experience in unscripted casting, serving as Casting Producer/Director of shows includingBillion Dollar Buyer, Shark Tank and Married at First Sight. 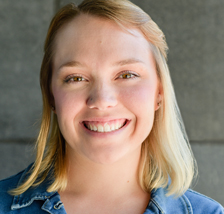 Stephanie hit the ground running working on Los Angeles after graduating from Ithaca College with a bachelor’s in TV and Radio. She started out as a freelance production assistant working on indie music video sets and CBS’ talk show The Doctors. She quickly landed at Lighthearted Entertainment full time as their office assistant and receptionist. After learning more about the realm of production accounting, she decided to pursue opportunities in that area of the company and now serves as Lighthearted’s corporate accounting manager.